What A Trusted Advisor Does 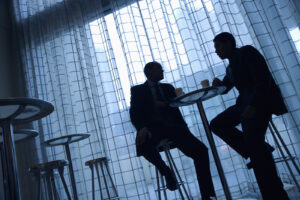 My insurance agent friend John and I had another conversation about how agents can and need to differentiate themselves from other agents.  We have attempted to help agents understand the value of educating and solving problems rather than selling an insurance product. This is such an excellent example of this that we just had to share it with you.

John told us of a prospect he had two years ago. It was a chain of three family restaurants that he had a chance to get involved with. John met with the owner and asked a series of questions to determine their needs and if John might be able to help them. It was agreed that John would provide options for insurance coverage for the restaurant chain. One request John had was that he would also be to review all the quotes and help the client select the best option. (That is the kind of service a trusted advisor does) The client agreed.

Once all the quote came in, John was able to review the one other quote and educate the client on his options. John met with the client and told the client that the other quote was a better option for him. The client about fell off his chair. John said the client asked why he recommended his competition? John said it was his moral obligation to do what is best for the client. Needless to say, the client was appreciative, and the two became more than just business acquaintances.

Forward about a year and a half; John gets a call from the restaurant owner saying he needs to meet. John arrives not sure what to expect. The owner says that the other agent has left the insurance industry and wants John to take over the account. John asked why? The owner said that in all his years in the business he has never seen anyone put the needs of the client above making money, and he wanted to do business with that person.

John was able to take the business over on a broker of record letter and has been the owners trusted advisor for the last four years.